Clean-up and other preventive measures

Given the technical difficulties and expense often involved in clean-up operations, the most effective preventive measures are commonly those which avoid or minimize escapes of oil from the ship. It has therefore often been said that the professional salvor provides the first line of defence in the protection of the environment against pollution from marine casualties. 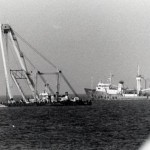 Operations to prevent pollution from the capsized tanker Tarpenbek in 1979

Operations such as pumping of oil from a capsized ship are an example of preventive measures of this kind being taken after an incident.  Although the term ‘preventive measures’ does not expressly refer to removal of spilt oil or clean-up of contaminated areas,  in practice these are the most common methods of minimising pollution damage after an escape of  oil from a ship.  They may consist of both offshore and onshore operations. 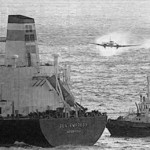 Offshore operations generally have the object of preventing spilt oil from reaching the shore. They have typically included the cost of employing oil combating vessels, booms, skimming devices, chemical dispersants, and aircraft employed for aerial surveillance or spraying dispersants.  Whilst steps to contain or disperse oil at sea may prove effective if taken promptly and in favourable conditions, they are subject to significant technical constraints and have usually been unable to prevent more than a proportion of spilt oil from reaching the shore. 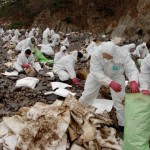 Manual clean-up operations after the Hebei Spirit oil spill in 2007.

Onshore clean-up operations typically involve personnel and equipment employed to collect or clean oil from the shoreline, and subsequently to dispose of collected oil and debris. Other onshore preventive measures may include deployment of protective booms in sensitive or strategic locations, such as across harbour mouths or the seawater intakes of power stations.

For technical purposes a distinction may be drawn between measures to remove bulk oil from the coastline, and steps involving secondary cleaning, designed to restore the affected environment more completely or more speedily to its previous state. 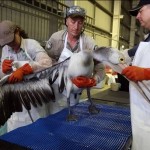 Rehabilitation of wildlife is a facet of clean-up operations commonly undertaken by bird protection societies and similar voluntary groups in cleaning and treating sea birds and marine animals.

Legal issues which have arisen include the following:

The reasonableness of the measures

Various means may be employed of dispersing or collecting oil at sea, and of cleaning coastal environments polluted by it.  The choice of appropriate methods involves many technical considerations including the type of oil spilt and the nature of the affected environment.

Whilst removal of bulk oil is invariably appropriate, aggressive cleaning techniques can do more ecological harm than good, and may involve costs which are unnecessary or unreasonable in the light of natural recovery.

Compensation bodies such as insurers and the IOPC Funds normally rely on advice on these issues from technical staff of the International Tanker Owners Pollution Federation Ltd (ITOPF), which has unrivalled experience in oil spill response dating back to 1968.

The cost of the measures

Similar considerations apply to measures to prevent or minimize the escape of oil from a ship or wreck, such as subsea pumping operations.  Sometimes the cost of these has been considered disproportionate to the risk of leakage or of any resulting pollution.

Costs have also sometimes been an issue in cases where claims have been made by governmental bodies for the fixed costs of plant and equipment and of public employees.

The purpose of the measures

Claims for the costs of preventive measures have sometimes been disputed, despite the measures having prevented pollution, if the primary purpose for which they were undertaken was some other object such as salvage or wreck removal.  Precedent exists for apportioning the cost of ‘dual purpose’ operations, where there is no clear primary purpose.

For further details of the law and practice relating to claims of this type see Chapter 10 of Shipping and the Environment, ‘Clean-up Operations and other Preventive Measures’.