Claims for damage to the marine environment differ from others arising from pollution in two principal ways: they are not concerned with compensating loss or damage suffered by any particular claimant, and they are not quantifiable in conventional pecuniary terms.

The object of such claims is to provide a redress for environmental damage which remains unremedied after clean-up operations have been completed, and uncompensated by payment of claims for the cost of such operations, or for loss of earnings or other financial losses incurred as a result of the pollution. Typical claims of this type are those relating, for example, to fish or seabird mortalities. The basis for such claims lies in the value which natural resources are regarded as having to society, over and above their capacity to provide a livelihood for those who are financially dependent upon them. 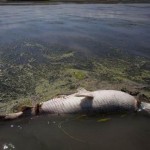 What financial recompense, if any, is to be paid to society for wildlife mortalities?

Such claims often involve difficulty or controversy in ascertaining the true nature and extent of any damage attributable to pollution, particularly when account is taken of factors such as other causes of fluctuation in plant and animal populations, and the scope for recovery from the effects of pollution to be brought about by natural processes. They also involve problems in placing a financial value upon such damage for the purposes of assessing compensation. A further issue is the question of legal standing to bring such claims, and the question whether the state or any other public authority has the power to do so in a representative capacity.

The growth of public interest in environmental affairs has led to increasing attention being paid to the possibility of redressing such claims by abstract methods of quantification or theoretical models. However, the difficulties and controversies surrounding these methods have thus far made them unacceptable to most member states of the IMO and IOPC Funds.

How, if at all, should loss of public recreational amenity be compensated?

Recognition of such methods at present remains confined chiefly, though not exclusively, to the United States. There the subject is governed by legislation enabling claims of this nature to be put forward and assessed in accordance with complex Natural Resource Damage Assessment (NRDA) regulations. This can result in claims of very considerable size, and it has been one of the more controversial features of US legislation in this field.

Claims for the costs of restoration or reinstatement are concerned with measures taken after clean-up has been completed. These involve human intervention in natural processes by steps designed to encourage or accelerate natural recovery, such as reseeding of vegetation or, in the case of animals, the provision of temporary artificial habitats.

Such claims do not involve the same difficulties of financial assessment as they are capable of being quantified by reference to the costs incurred. However, where the right to receive damages or compensation for such costs depends on the reasonableness or otherwise of the restoration measures, this may in turn depend to a large extent on technical issues such as the feasibility of the proposed measures, their prospects of success, and the relative scope for recovery by natural processes.

For further details of the law and practice relating to claims of this type see Chapter 13 of Shipping and the Environment, ‘Damage to Natural Resources and Costs of Restoration’.