Various forms of contamination and other damage can be caused by hazardous and noxious substances transported by sea.  These include a wide variety of substances, both liquid and solid, some carried in bulk and others in packaged or containerised form. 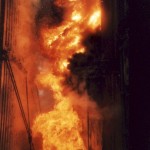 Fires have been caused by spontaneous combustion of chemicals stowed in containers.

A broad range of commercial entities trade in these goods, which are carried by various types of ship, some highly specialised.  The types of damage which may result from an incident in the carriage of HNS cargoes are not confined to pollution of the marine environment but include fire and explosion risks, as well as air pollution and hazards to health. 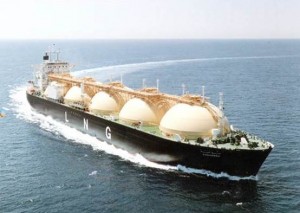 An international regime to govern the subject was adopted in the Hazardous and Noxious Substances Convention 1996.  This provides for a compensation system similar to that applicable to tankers, with shipowners bearing strict liability up to a tonnage-related limit, and supplemental compensation being available from an HNS Fund financed by the owners of HNS cargoes.  However the Convention is not yet in force, due to insufficient ratifications among contracting states.  The main reason for this lies in on-going debate whether contributions to the HNS Fund fairly reflect different degrees of risk associated with different HNS cargoes.   An amending Protocol was adopted in 2010 with the aim of encouraging ratifications, but this has not yet had the intended effect.

As a result, liability for these different types of incident continues to depend on national laws.   This may mean, in the absence of specific legislation, that claims depend on proof of fault, and that compensation is limited to any damages recovered from the shipowner.  The shipowner may be entitled to limit liability under laws based on international regimes, such as the 1976 Limitation Convention (LLMC), as amended.

Some cases have led to claims by the shipowner against the charterers of the ship, on the basis that the incident was attributable to shipment of dangerous goods in breach of contract.  In that case complicated issues may arise as to limitation of charterers’ liability.

Liability under the HNS Convention is examined in detail in Chapter 7 of Shipping and the Environment, whilst Chapter 8 deals with HNS Damage in the United States.