Whilst international laws regulating shipping have multiplied, governments have seen fewer incentives for a similar approach to offshore operations. 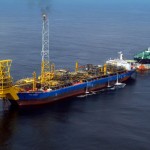 In very limited circumstances the Civil Liability and Fund Conventions, which apply to oil spills from tankers, may apply to pollution from offshore craft such as FSUs (floating storage units) or FPSOs (floating storage, production and offloading units).  However it is likely that this will be the case only when they are not operating in storage mode and are actually engaged in the transport of oil.

Otherwise there are no international laws in force to govern liability for pollution from such units, or from platforms, drilling rigs and other offshore craft.  Pollution from the seabed, due to a ‘blow-out’ during drilling operations, is likewise outside the scope of any international compensation regime.

A regional treaty on the subject to apply in Northern Europe was adopted in 1977 in the CLEE Convention, but this has never entered into force.  That same year the Comité Maritime International (CMI) drew up a proposed global convention to apply to offshore mobile craft, but governments have so far been persuaded by agree one.

A number of factors explain this lack of interest in the subject at inter-governmental level.  Offshore units, even if mobile, do not routinely engage in international voyages. Coastal states are able to control exploration of the seabed on adjacent continental shelves, and commonly stipulate conditions relating to clean-up of pollution and financial remedies. 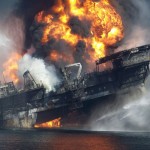 Being far less numerous and mobile than ships, offshore units have only rarely been involved in any serious pollution incident. However, was demonstrated by the Deepwater Horizon incident in the Gulf of Mexico in 2010, these rare events can be catastrophic: whilst oil spilt from a ship is limited to the finite amount on board, a sea-bed ‘blow-out’ during drilling operations can be much larger in scale and harder to bring under control.

In the absence of relevant international laws, liability for pollution from offshore operations is governed by whatever national laws or other domestic arrangements are in force where the incident occurs or damage is suffered.

This subject is examined in further detail in Chapter 5 of Shipping and the Environment, ‘Pollution from Offshore Craft’.