The most common claims for economic loss after pollution incidents have been for loss of profits or earnings by private individuals or small businesses involved in fishing, aquaculture and related industries.  These have taken many forms, including loss of earnings caused by suspension of harvesting inside exclusion zones established after a spill, and loss of market reflecting loss of public confidence in the quality of the produce.

Other typical claims include those by the owners of hotels, restaurants, shops and other establishments in areas dependent on tourism for their bookings and trade.

Outside the fishery and tourism sectors, many different types of claim have been made for other forms of economic loss, such as the consequences of shipping movements being disrupted when a port area is affected by a spill. 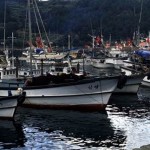 Legal systems all over the world have long imposed boundaries on recovery for economic loss, due to concerns that otherwise the floodgates would be open to a deluge of remoter claims. In many countries a line is drawn by allowing recovery of economic loss resulting from physical damage to the claimant’s property, whilst disallowing ‘pure’ economic loss sustained without such damage.

Whilst this approach has the advantage of clarity, it works unsatisfactorily in cases of pollution from ships: economic losses suffered in the fishery and tourism sectors are typically unaccompanied by damage to property owned by the claimants.

This has created a demand for alternative criteria which are more suited to the needs of society in the context of pollution from ships, even if less clear clear-cut than conventional jurisprudence.  The criteria applied by insurers and the IOPC Funds rely on various touchstones of proximity and directness, with the goal of differentiating between claims from the front line of the incident and those considered relatively indirect or remote.

Typical claims and issues have included the following:

For further details of the law and practice relating to claims of this type see Chapter 12 of Shipping and the Environment, ‘Economic Loss’.