Questions have arisen as to the extent of the powers of States Parties to the Nairobi Wreck Removal Convention 2007 (‘WRC’) in relation to wrecks in their territory or territorial sea (‘TTS’).

The ‘Convention area’ to which the WRC applies is the Exclusive Economic Zone or equivalent area beyond the territorial sea up to 200 miles from the coast.

Contracting States have the option to extend the Convention area inwards to include their TTS.  If they do not extend it inwards there is no restriction on the exercise of their sovereign powers under the Law of the Sea Convention (UNCLOS), but they do not enjoy the benefits of the WRC in the TTS, notably its system of financial security. 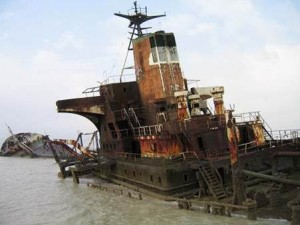 States which do extend the Convention area inwards thereby agree to exercise their powers in a uniform manner with other Contracting States, and this involves accepting some measure of constraint as part of the package which includes financial security.

These principles, and the relevant provisions of the WRC, are discussed in further detail in this note: Wreck Removal Convention 2007 – Effect within the Territorial Sea.

For the text of the Convention see: Nairobi International Convention on the Removal of Wrecks, 2007.

For a list of WRC Contracting States, showing those which have extended the Convention area inwards, or have reserved the right to impose unlimited liability for wreck removal, see: WRC States – extensions to TTS as at 31 July 2017.

Shipowners and insurers have encouraged inwards extension of the Convention area in the interests of international uniformity: see Wreck Removal Convention – Submission by International Group of P&I Clubs to IMO Legal Committee, February 2014.

For other background information and materials see: Wreck Removal and Documents.